A cross-site scripting (XSS) vulnerability in Zyxel NBG-418N v2 firmware versions prior to V1.00(AARP.13)C0, which could allow an attacker to store malicious scripts in the Logs page of the GUI on a vulnerable device. A successful XSS attack could force an authenticated user to execute the stored malicious scripts and then result in a denial-of-service (DoS) condition when the user visits the Logs page of the GUI on the device. (CVSS:0.0) (Last Update:2023-02-07)

A vulnerability was found in OpenSeaMap online_chart 1.2. It has been classified as problematic. Affected is the function init of the file index.php. The manipulation of the argument mtext leads to cross site scripting. It is possible to launch the attack remotely. Upgrading to version staging is able to address this issue. The name of the patch is 8649157158f921590d650e2d2f4bdf0df1017e9d. It is recommended to upgrade the affected component. VDB-220218 is the identifier assigned to this vulnerability. (CVSS:0.0) (Last Update:2023-02-07)

A vulnerability was found in Custom-Content-Width 1.0. It has been declared as problematic. Affected by this vulnerability is the function override_content_width/register_settings of the file custom-content-width.php. The manipulation leads to cross site scripting. The attack can be launched remotely. The exploit has been disclosed to the public and may be used. Upgrading to version 1.0.1 is able to address this issue. The name of the patch is e05e0104fc42ad13b57e2b2cb2d1857432624d39. It is recommended to upgrade the affected component. The associated identifier of this vulnerability is VDB-220219. NOTE: This attack is not very likely. (CVSS:0.0) (Last Update:2023-02-07)

TYPO3 is a free and open source Content Management Framework released under the GNU General Public License. In affected versions the TYPO3 core component `GeneralUtility::getIndpEnv()` uses the unfiltered server environment variable `PATH_INFO`, which allows attackers to inject malicious content. In combination with the TypoScript setting `config.absRefPrefix=auto`, attackers can inject malicious HTML code to pages that have not been rendered and cached, yet. As a result, injected values would be cached and delivered to other website visitors (persisted cross-site scripting). Individual code which relies on the resolved value of `GeneralUtility::getIndpEnv('SCRIPT_NAME')` and corresponding usages (as shown below) are vulnerable as well. Additional investigations confirmed that at least Apache web server deployments using CGI (FPM, FCGI/FastCGI, and similar) are affected. However, there still might be the risk that other scenarios like nginx, IIS, or Apache/mod_php are vulnerable. The usage of server environment variable `PATH_INFO` has been removed from corresponding processings in `GeneralUtility::getIndpEnv()`. Besides that, the public property `TypoScriptFrontendController::$absRefPrefix` is encoded for both being used as a URI component and for being used as a prefix in an HTML context. This mitigates the cross-site scripting vulnerability. Users are advised to update to TYPO3 versions 8.7.51 ELTS, 9.5.40 ELTS, 10.4.35 LTS, 11.5.23 LTS and 12.2.0 which fix this problem. For users who are unable to patch in a timely manner the TypoScript setting `config.absRefPrefix` should at least be set to a static path value, instead of using auto - e.g. `config.absRefPrefix=/`. This workaround **does not fix all aspects of the vulnerability**, and is just considered to be an intermediate mitigation to the most prominent manifestation. (CVSS:0.0) (Last Update:2023-02-07) 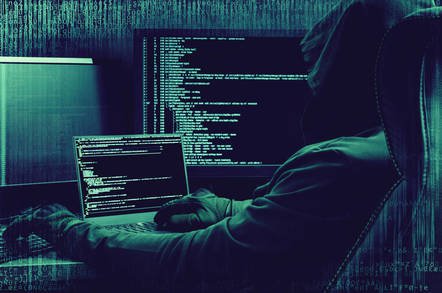